I often imagine future events before they take place. In my imagination I picture the most happenings as either fun, romantic or adventurous. Harvesting olives is one of these events which has been previously decorated in my thoughts. An event I was very much looking forward to. I wanted to prove to everybody and myself that a foreign citizen can do it…easily.
Arriving at the olive field I had firstly been introduced to my companion, the stick. Further instruction like how and where shall I hit the tree followed. It took no longer than 10 minutes that life kissed me with reality and the romantic and adventurous thoughts turned into a memory for a lifetime, very pure less romantic. It is hard work and once you finish with one tree you should NEVER look around as you will be overwhelmed by the number of trees waiting for you.
BUT less movie like doesn’t mean that I did not have a happy ending. After 6 hours of harvesting we all sat together on an old blanket, having a picnic with homemade food, listening to the stories of the earlier years. My exhaustion made the food the most delicious bits I had ever had and the company of strangers and family became a funny and supportive team. Returning home that night, my hands were blistered, my muscles sore and my motivation to do one more little thing was under zero. At this very moment I captured my mother- in- law started arranging dinner for everyone and cleaning up the house and then I realized it’s still a high mountain to climb to become a Greek super hero.

According to the ancient Greek history, Poseidon, god of the sea and Athena, goddess of peace and wisdom, disputed over whose name would be given to the newly built city, in the land of Attica. To end this dispute, it was decided that the city would be named after the one who offered the most precious gift to the citizens.
Poseidon struck his trident on a rock and salt water began to flow. Athena struck her spear on the ground and it turned into an olive tree.
It was decided that the olive tree was more valuable to the people of Attica, hence the new city was named Athens in honor of Athena.
The ancient Greeks smeared olive oil on their bodies and hair as a matter of grooming and good health. Olive oil was used to anoint kings and athletes in ancient Greece. It was burnt in the sacred lamps of temples and was the "eternal flame" of the original Olympic games. Victors in these games were crowned with its leaves.
read more about the history of olive oil
It seems that olive oil always been there but has almost became a forgotten treasure. Do not get me wrong the usage of olive oil in Greece never decreased in fact olive trees cover 20% of the cultivated land (approximately 130.000.000 trees in an area of 6.900 km²). Olive tree products are processed in 2369 olive oil mills, 318 olive oil standardisation units and 47 olive-pomace industries. Olive oil is the main source of income for 700.000 families.
"Olive oil" and "Virgin olive oil" are used throughout the Mediterranean.
The proportion of fats in the traditional diet of Crete observed by Professor Ancel Keys, was >40% kcal/day of which 8% were saturated fats, 3% polyunsaturated and 29% monounsaturated (olive oil).
read more about the health benefits of olive oil
The recent food movements/education boom labelling food with super food, vegan and vegetarian friendly gave olive oil its face lift.
It has been stripped of its simplicity, it has been put in the spotlight.
The economic crises was an eye-opener for the olive oil sector. Countless new little brands came up with ideas of selling and representing olive oil in the cosmetic sector. You name it they produce it, shampoos, body butter, body lotion, hand crème, soap bars, lip balm, mouth wash and all packed with in cute little eco-friendly packaging telling the story about the queen Olive.


1. Olives are brought to the factory
2. separating the leaves from the olives with vacuum
2a Placed in the cone
2b transferred on a converge belt
3. olives are washed and weighted
4. Olives (whole fruit with seeds) are crushed into paste
5. Paste goes into a kneading machine, temperatures under 27degree
6. paste is pumped into an industrial decanter where the phases are separated using centrifugation
Seed will be used to heat up the kneading machine.
7. Water and oil will go through another centrifuge to be separated by their difference in weight 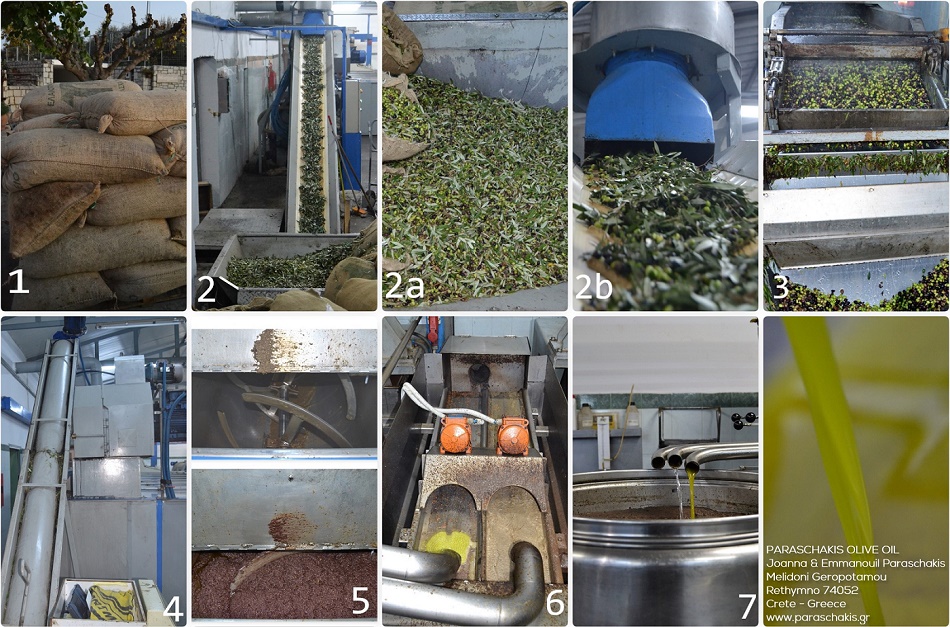 
➢ Season harvesting
November – February
➢ Harvesting Olives
Spread the net under the tree– gently hit the branches using a stick rake or electric olive rake – clean-up of fallen leaves or branches – collecting olives in the bags - moving all bags ( 40kg each ) to the track
➢ crop yield
5kg Olives = 1L olive oil
➢ Olive fruit variety, Koroneiki olives
Koroneiki olives cover 50-60% of the acreage in Greece. Koroneiki fruits are small, but have a high quality oil yield
➢ Extra virgin olive oil
Extra virgin olive oil comes from virgin oil production only, and is of higher quality: among other things, it contains no more than 0.8% free acidity, and is judged to have a superior taste, having some fruitiness and no defined sensory defects. Extra virgin olive oil accounts for less than 10% of oil in many producing countries; the percentage is far higher in the Mediterranean countries (Greece: 80%, Italy: 65%, Spain 50%). The harvested fruit has to be pressed by latest after 3 days of harvesting to keep the acid low, stop fermentation. Fruit will be cold pressed which means that the kneading machine shall not heat over 27degree, cold pressed.
➢ Virgin Olive Oil
virgin olive oil has a Virgin olive oil Comes from virgin oil production only, but is of slightly lower quality, with free acidity of up to 1.5%, and is judged to have a good taste, but may include some sensory defects.
➢ Olive oil acidity
Acidity affects the taste and is a determinant of quality. Free acidity is an important parameter that defines the quality of olive oil and is defined as a percentage as grams of free fatty acids (expressed as oleic acid, the main fatty acid present in olive oil) in 100 grams of oil. The increase of free acidity in olive oil is due to free fatty acids that are released from triglycerides.
The International Olive Council allows acidity of up to 3.3 percent for human consumption. Consumers should look for acidity levels under 1 percent, and even lower in an extra virgin olive oil.
➢ The International Olive Council
The International Olive Council (IOC) is an intergovernmental organisation of states that produce olives or products derived from olives, such as olive oil. The IOC officially governs 95% of international production and holds great influence over the rest. The EU regulates the use of different protected designation of origin labels for olive oils. 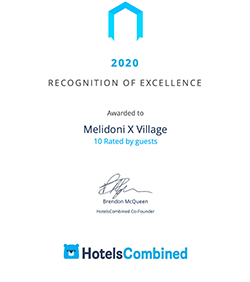